Our main priority is the satisfaction of our customers. We guarantee outstanding performance and the highest quality. We invest scrupulous care, great sensitivity and all-round skill in our work. We secure our future by thinking, planning and acting purposefully and consciously. Horsehair products of the very highest quality now have a name of their own: TOGGENBURGER & CO AG

Around the middle of the 19th century, even country dwellers increasingly slept on horsehair mattresses, rather that the sacks of leaves they had previously used. Johannes Toggenburger had travelled around for many years, but in 1843, he began to process horsehair for a wage. In this way, he laid the foundation for the horsehair spinning works that is known as the "Rosshaari" in Marthalen to this day.

The tail hair of horses and cattle was spun here by hand for four generations and processed to make the most valuable upholstery material available for mattresses. Systems for spinning the hair by machine were only manufactured from the 1950s onwards, and these were also soon being installed in the "Rosshaari" too. 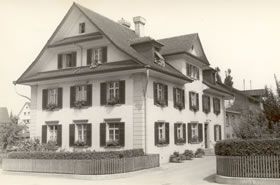 The only way for the business to stand up to the competition from Switzerland and abroad over the past decades has been to maintain the quality of the spun hair at the very highest level. Hair spun in Marthalen is now exported to  half a dozen foreign countries and has been used for many years by prestigious bedding manufacturers to produce their luxurious mattresses. 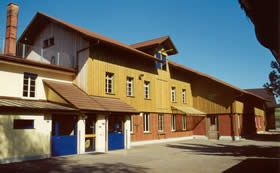 Tail hair is now increasingly being used once more by the bedding industry for high-quality mattresses. Quality-conscious buyers appreciate the temperature and moisture regulating qualities of this natural animal hair, which helps to produce a healthy, comfortable sleep environment. People who rest upon horsehair sleep well!

From 1960 onwards, the sales range has been extended by new and up to date items such as upholstery items and padded harnesses, materials and carpet underlays, including many products sold on an exclusive basis for Switzerland.